Celebrating our 25th Anniversary with “The Force”

Celebrating our 25th Anniversary with “The Force” 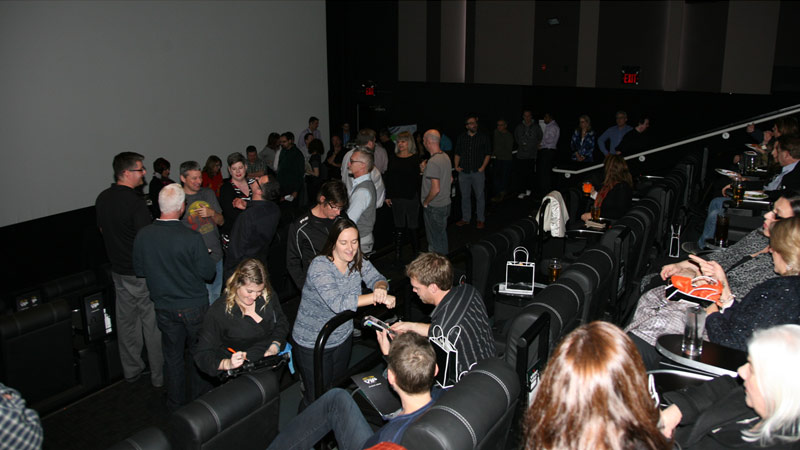 In celebrating our 25th anniversary, we wanted to do something extra special to mark the monumental occasion. On December 17th, 2015, we held an advanced screening of the highly-anticipated “Star Wars: The Force Awakens ” blockbuster.

We invited all our valued clients, staff, vendors and suppliers, family, and friends to attend this special evening with us. We wanted to make both our event and the film’s premiere a memorable one so everyone got to experience it within one of Oakville’s Cineplex VIP private theatres. All to ourselves!

Thank you to Lenovo Canada for sponsoring our 25th anniversary event and providing the X-1 Carbon laptop prize (valued at over $1,800) that was won by one of our lucky guests.

Thank you to Intronis for your continued support as a key supplier we can depend and turn to.

Thank you to Oakville’s Cineplex VIP Cinemas for taking care of all of us … customer service at its best.

Last but not least, thank you to Trevor Stooke and his team from Agenda Marketing for working with us on developing the marketing and promotional materials, and signage that pulled the overall look and feel for our milestone event together. You helped make our event a professional and truly memorable occasion!

Your all-in-one outsourced IT partner. Guided by a ‘best practice’ ethos, we offer proactive solutions that allow you to focus on the fundamentals and grow your business seamlessly.

CALL US – WE CAN HELP